FREE Shipping On Orders Over $70! 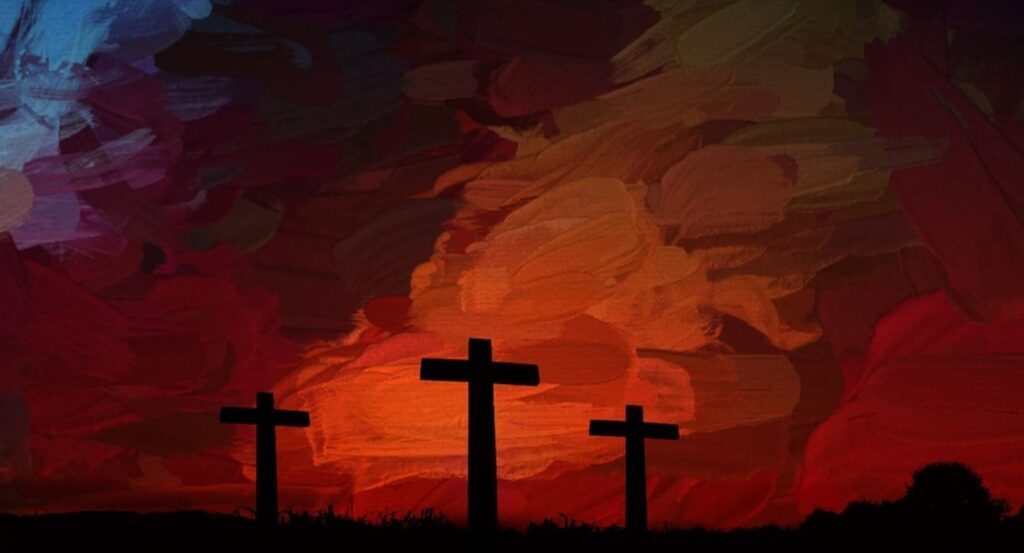 Those who declare themselves to be Catholics are all Christians but not all Christians are Catholic. Catholics like the other followers of Christ believe that the Bible is the Word of God. Moreover, they have many practices in common with other Christian groups such as Lutherans.  Catholics are the biggest denomination in Christianity. They comprise about 40% of the global Christian population and their numbers are growing.

Those who follow the Church of Rome, as Catholicism is often known, sometimes view themselves as Catholics first and Christian second. Yet they are members of the same religion as Protestant and other churches. Those who view the Pope as their spiritual leader have a very strong identity and this has led to strained and often troubled relations with other denominations.

How did this come about? There are a number of historical and theological reasons why Catholics believe themselves to be so different from other Christians. These account for the differences between Christianity and Catholicism Bokenkotter (2004). History accounts for the many issues that have led to Catholicism being seen as contrary to Christianity by some.

The Catholic v Christianity debate is very important. It needs to be understood by anyone interested in the history of the Church. It is also important to understand the future direction of Catholicism and Christianity in the 21st century.

What came first Christianity or Catholicism?

Christianity was originally a Jewish sect that evolved in the First Century AD. Christianity was based on the books of the Bible that were written after the Crucifixion of Christ and they are the main source of authority for the faithful, to this day. The Christian Church saw itself as following in the footsteps of the Apostles.

Catholicism is not as old as is commonly believed. It emerged out of Early Christianity because of a number of factors and chance events. Catholic Christianity emerged in Ancient and medieval Rome and was deeply influenced by its history and culture according to Browne and Meir (1983).  The Bishop of Rome became the Pope, who claimed to have spiritual power and was the leader of every Christian Church.  Over a number of centuries, the power and the prestige of the Church in Roman was able to secure the obedience of Churches all over Europe, which was a very gradual process according to Pelikan (2008).

Catholics consider themselves to be followers of Christ. They believe that Jesus died for our sins so that we could enter heaven.  Catholicism follows Christianity in believing in the Second Coming of Christ. Catholicism teaches the doctrine of original sin and also hold the traditional belief in the Virgin Birth. Like other Christians, they believe that love is the highest virtue. Then following Christianity’ they regard Sunday as the Lord’s Day. Like other denominations, they teach that there is a Heaven and a Hell.

How different from other Christians are Catholics 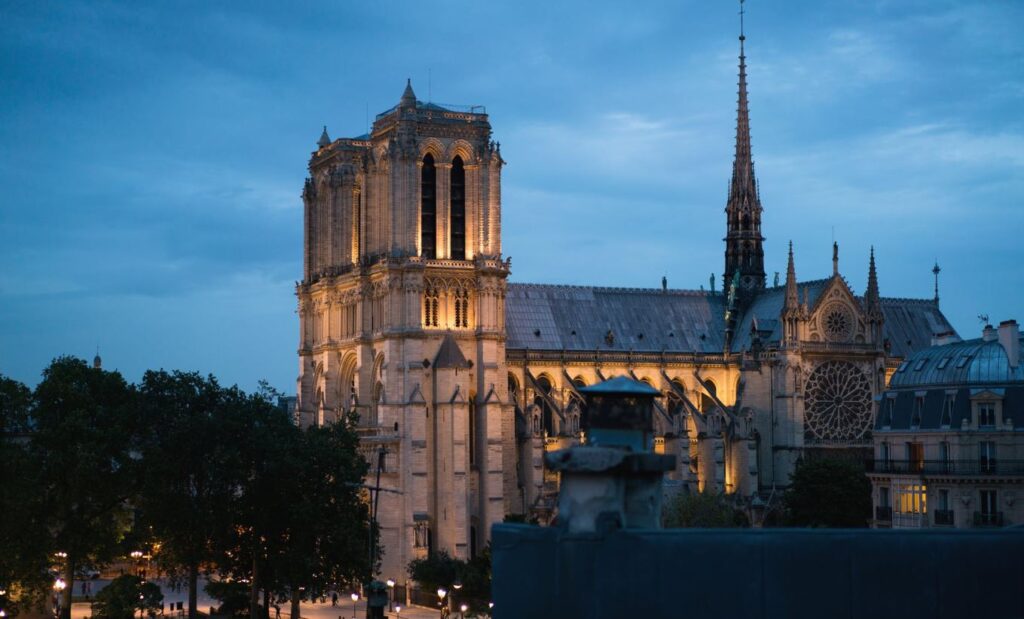 Catholics are Christians and they believe in many of the key beliefs of Christianity, such as Christ died from our sins. However, there are crucial differences. However, Catholics are different in a variety of ways. Some of which only date from the Reformation, argues J Bossy (1973). They arose out of different interpretations of the bible and quite often politics.

They believe that the Pope is the supreme head of the Church because he is the successor of St Peter. He has the power to forgive sins and his interpretation of scriptures is always correct. This is something that was not present in biblical Christianity and is rejected by many Christians around the world since the Reformation according to Norwich (1987).

Christianity, ever since St Paul taught that faith in Christ alone can save a person. This is not the case with Catholics. They believe that what you do in this life is just as important for salvation as believing in Christ and God. Good works are very important in all denominations but especially important for Catholics.

The sacraments play a greater role in the life of the Catholic Church than in Christianity.  Catholicism stresses the role of the seven Holy Sacraments such as marriage. These are not in the bible and many non-Catholics hold, that the sacraments are only a convention and a departure from Christianity.

What do Catholics believe about Mary?

Then there is the importance of the Virgin Mary. Catholics following Christianity believe in the Immaculate Conception. However, they have a special reverence for the Mother of God whom they believe has made many miraculous appearances down the centuries and intercedes with God on their behalf. Many pray to her directly which is frowned upon by some Christians.

Many Catholics are encouraged to have a personal relationship with the Mother of God. She is considered to be the Queen of Heaven. Her status in Catholicism is not shared in ancient Christianity and many Protestant denominations.

The saints play a very important role in Catholicism. They are regarding as helping the faithful and can help them in a variety of ways. Many Catholics pray directly to the saints which is something not practiced in Early Christianity. Another doctrine rejected by non-Catholics is the doctrine of Purgatory.

Christianity offered a new way to live to early Christians. This was one that was based on the idea of ‘Loving your Neighbour’ and treating others as you would like to be treated. Catholicism still urges the faithful to live according to these precepts.

In general, Catholics are considered to be very conservative on social issues such as abortion and homosexuality. However, it could be argued that Catholicism attitude to sex and sins of a sexual nature are based on the Christianity that was practiced by the Apostles. Moreover many Protestant and other Churches share the views of Christians.

Catholicism places a great emphasis on the role of the priest who is an anointed figure and as a result, has great spiritual and social authority. The central role of the priest is something that is emphasised in Christianity. It is not something really found in the Early Church and modern Protestant denominations.

Catholicism and the Christian bible

Christianity is a religion that is based on the Holy Books of the Bible and reveres both the Old and the New Testament. Catholics are part of the Christian tradition that holds that the books of the Bible are the Word of God. Like other Christian denomination, they revere the Old Testament as being full of wisdom and prophesying the Coming of Christ and  they prioritize the New Testament which is the key to salvation and one of the pillars of the Church

However, tradition is also important for the Catholic Church much more than Christianity and the bible. For members of the Church led by the Pope, the bible is not the only source of authority according to Honest Answers (2017). This reverence for tradition is a distinguishing characteristic of the Catholic faith.

There are now many non-denominational believers. They are Christians who believe that Jesus can be worshiped outside a Church. They are more open-minded about doctrine and how to worship.

Christianity, especially Catholicism believes that only those who are members of a Church are followers of Jesus. To be saved one needs to observe certain practices and to believe in certain doctrines. Catholicism is very much part of the tradition of Christianity with regard to the idea of the importance of Church membership and formal obedience to the teachings of Christ.

Catholicism claims to be the sole Christian Church, and this is typical of all those groups who are members of the Christian community. These claims to be the Universal Church is based on history and tradition. Which is very different from other Christians who typically claim to represent a group, area or nation.

Catholicism likes to portray itself as unchanging. But in truth like all other forms of Christianity, it is constantly changing. Take for example the changes that were undertaken at Vatican Two, which ended practices such as celebrating Mass in Latin. It could be argued that the Catholic Church after Vatican II is now more like other forms of Christianity argues O Malley (2006). 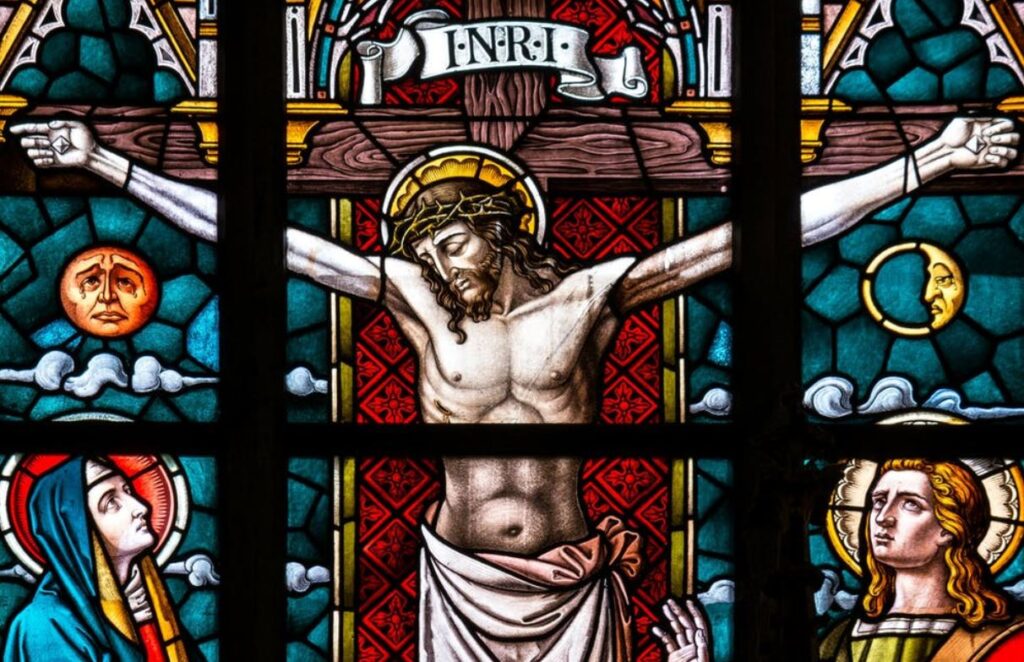 Catholicism regards itself as the only true form of Christianity. It claims that it is the only Church that reflects the teachings of Jesus Christ. The Roman Catholic Church is very hierarchical and is headed by the Pope. His authority is based on the idea that he is the successor of St Peter, which is something that is unique in Christianity.

Catholicism is an exceptional Church among all the denominations. This is in part because of its unique history and the influence of Ancient Rome and specific historical developments such as the Dark Ages. It developed over a period of centuries and indeed it could be said to be still developing.

Catholicism has a very strong identity as a result and so much so that its members often see themselves as Catholic first and Christians second. There are many differences between Catholics and Christianity. For example, it is different when it comes to matters of faith, the Virgin Mary the Worship of Saints and the sacraments, the Catholic Church has different beliefs and practices. These are things that make Catholicism distinct from other Christian denominations such as Protestantism and gives it, a number of unique characteristics.

However, Catholicism is still very much part of the Christian tradition. Like Christianity, in general, it reveres both the Old and the New Testament, as the Word of God. Catholicism believes that salvation requires belief in Jesus and that he died for humanity’s sins. Moreover, they hold that only a Church, and belief in a set of doctrines can save a person from eternal damnation and secure a person eternal salvation.  The preoccupation with salvation is something shared by Catholicism and Christianity.

Then all the denominations revere the Virgin Mary. It is important to note that the Church headed by the Pope is more similar to some Churches than others. There are distinct similarities between the Catholic Church and the Greek Orthodox Church, whose beliefs and even rituals are not that different.

While Catholics and the Catholic Church have a distinct sense of identity they are not as distinct as they believe they are. Catholics are very much part of the history of Christianity. This can be seen if we take the perspective of a non-Christians there does not appear such a great difference between Christianity and Catholicism. Imagine you are a Muslim, Jew or a Buddhist. Then look at Catholics and other Christian groups and they will seem to be very similar.

There is no real dichotomy between Catholicism and Christianity. Catholics seek to receive Jesus into their lives and to achieve salvation by following his teachings. The belief that love is the greatest virtue and Christians should love one another and even non-Christians. All of them believe in a loving but stern God who forgives our sins. Moreover, they all seek to pattern their lives on Jesus Christ. The idea that Catholicism is somehow contrary to Christianity has its roots in historical developments.

Don’t forget to check out our selection Of Christian Men’s Apparel, Women’s Apparel & Christian Gifts At Our Online Store.

Posted in Uncategorized.
Share
PreviousWhat Do Christians Believe – A Guide To Christianity

One reply to “Christianity vs Catholicism – What Are The Differences?”